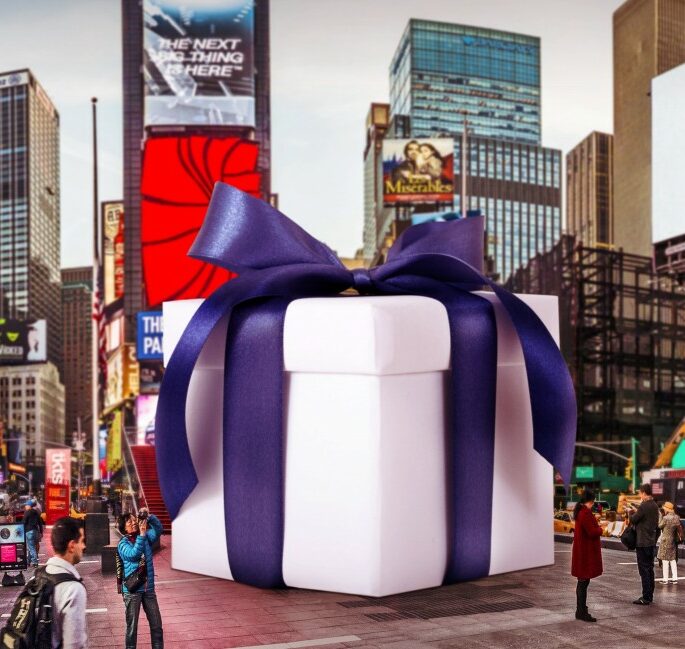 “It’s the most wonderful time of the year” and a dream come true for brands who tend to kick their marketing efforts into overdrive around the festive season. The aim is to get their products under as many Christmas Trees as possible.

Here’s a rundown of 4 brands who have utilized the creative art of experiential marketing to get eyes and ears on their products during the Christmas period.

In many ways, Coca Cola is the pioneer of the modern Christmas experience. The brand have brought an imaginary world to life with experiential marketing campaigns like the legendary Christmas Truck. This is a great way to engage with consumers by giving them a chance to make their own memories with the iconic 18 wheeler that up until recently lived only on the screen. The Verve team will be helping to spread the truck’s magic over the next few weeks so keep an eye out because it could be rolling up near you.

No matter where you’re from, we all dream of a white Christmas. This isn’t that likely to happen in Singapore so Coca Cola decided it was time they got to experience a snowy wonderland. To bring the dream to Singapore , the brand set up two machines; one in Finland and the other in Singapor. A shovel of snow donated by the Finnish locals would quickly appear in Singapore, once again bringing the stuff of dreams to life.

In an interesting move to launch their new flagship store, Cath Kidston placed a giant Christmas present in the middle of London with a countdown timer to help build suspense. When the timer reached its deadline, the sides of the gift fell to the ground to reveal two fully branded London cabs that would then shuttle people to the new flagship store. Simple but really effective, playing on the age old game of trying to guess what’s been wrapped under the tree.

Last Christmas one of the world’s best known adhesive companies, Krazy Glue erected a Christmas tree in New York City. A tree in New York wouldn’t turn many heads so the guys at Krazy Glue gave their tree a twist. Working closely with the charity ‘Big Brothers, Big Sisters’, they asked the kids to see what they would like most for Christmas and then hung the most popular choices fromt the tree using just two drops of the glue. This idea was philanthropic, sharable and showed off the brand’s strengths in an engaging way.

Sports store Globetrotter wanted to make sure their customers bought the right gear for the winter weather, so they installed the Globetrotter Weather Rooms which allowed customers to test the gear they wanted before they bought it. The room meant that there were less returns made on unwanted purchases and it earned the store a lot of coverage to boot.

Need a hand with your festive experiential? Contact us here