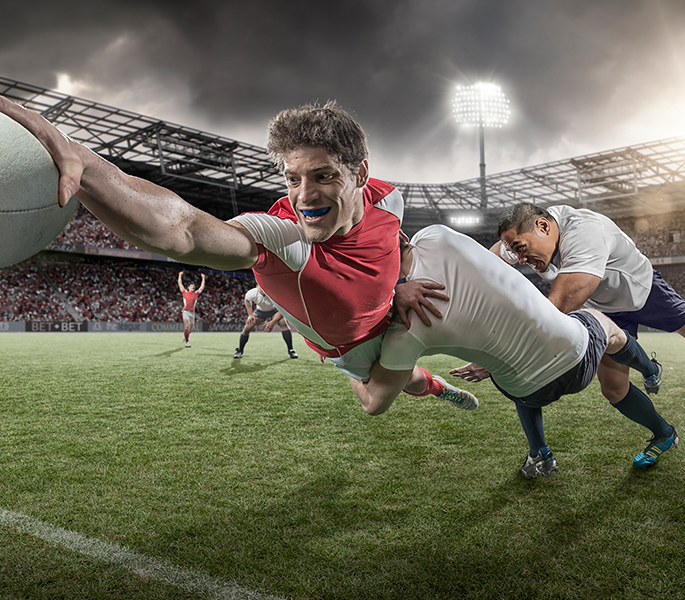 Last weekend, Ireland made history by becoming the first team since 2003 to beat “The Big Three” – Australia, New Zealand and South Africa in a calendar year. To celebrate, we take a look at some stellar rugby themed advertising campaigns and activations from recent years.

Last year, Samsung put comedian Jack Whitehall through the ringer by placing him in masterclasses with rugby legends for a series of online videos. As an extra bonus, the tech giant also released an immersive 360 video that puts you in the centre of the action on the pitch. The result was millions of collective views on multiple video platforms and coverage on news sites all over the world!

Rugby World cup 2015 sponsor Canon wanted to deliver a unique experience for fans in stadiums. Using a strategically placed backdrop and props, they created a one-of-a-kind photo op for fans, which made it look like they were diving for try or kicking a conversion in a World Cup match. Many of the thousands of spectators snapped their photo and shared to their social media profiles, garnering fantastic exposure for the camera company.

England rugby sponsor o2 had huge success with their #WearTheRose campaign in 2015, when they gave away thousands of badges adorned with the England emblem so fans could show support for their team and “make them stronger”. The phone network shifted thousands of badges in-store, after they kicked off the campaign with an epic light projection on The o2 Arena in London. Impressive!

UK mens’ fashion retailer Jacomo released a tongue-in-cheek video of English rugby legend Matt Dawson doing a parody of the New Zealand’s war cry, The Haka. The video was meant to mock the All Blacks before an upcoming match. It racked up more than 1.5 million views on YouTube.

Back in 2011, Rugby Sevens sponsor Land Rover placed their product at their centre of their fanzone activation. They invited fans in Dubai to a scrum challenge with a twist – they were entered into a draw to win a brand new Land Rover if they could successfully move the car a certain distance. Land Rover successfully got the fan engagement they wanted, with hundreds of people lining up to take on the challenge.