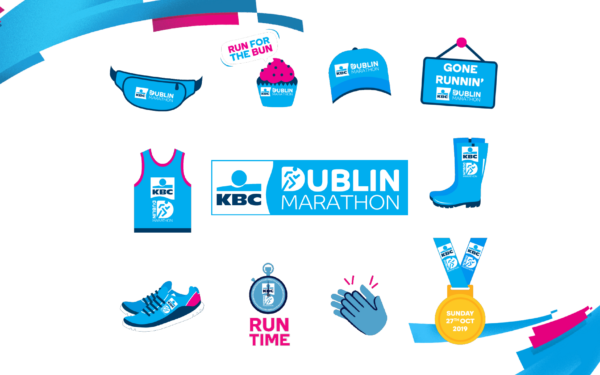 KBC had entered their first year of their multi-year sponsorship of the Dublin marathon and Race Series. Year one of these sponsorship is usually set aside to established their branding and wash out the previous sponsor. The marathon and race series has approx 50,000 runners, and many thousands more supporters, and volunteers. It’s also landmark event in Ireland that attracts media coverage and thousands of social media impressions.

From a social media perspective, Instagram and Snapchat reign supreme as the platform of choice for people sharing their day to day lives.

With a captive audience of runners and supporters and our social platforms of choice, we set out to help KBC engage with runners in a light-hearted and practical way to make help show off their training, running, and supporting of the KBC Dublin Marathon and Race Series. We know people like to share their running and training journey’s on social media, and we needed to create content they would genuinely use.

We created a series of gif animations around the theme of running and training which were published to an official KBC channel on Giphy. This platform integrates directly with Instagram, allowing for easy sharing to stories. We also engaged with the Dublin Marathon organisation themselves and encouraged them to use gifs on their Instagram stories. They used the gifs daily, and helped KBC spread the awareness of the gifs.

On the live coverage of the Race Series and Marathon, they became a staple how they introduced there branding and engaged with runners

The official Dublin Marathon Instagram account, also adopted the gifs as part of their comms plan to engage with runners.